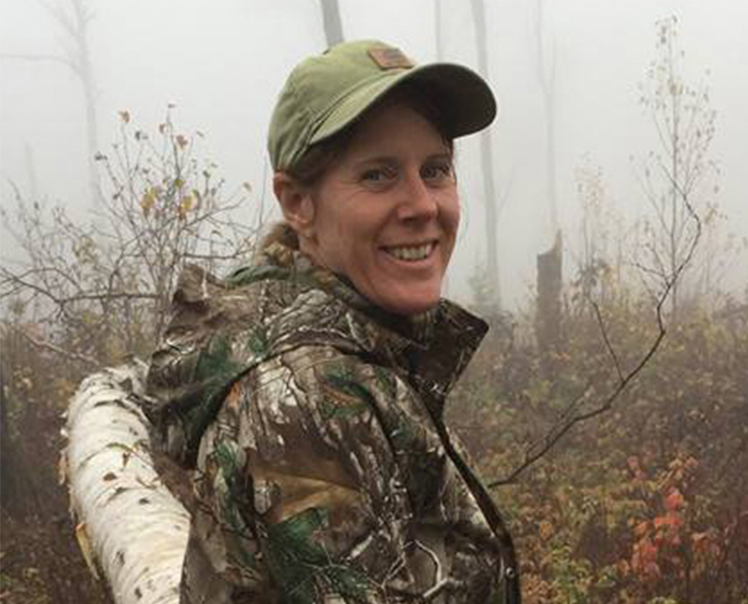 Laura Feathers Experiences the "Hunt of a Lifetime!"

Laura Feathers, owner of Family Footwear Center, was a winner in the Vermont Moose Permit Lottery.

Referred to by the Vermont Fish and Wildlife Department as “...the hunt of a lifetime,” Laura won a specially granted license to hunt a single Moose, within a pre-designated area, in the beautiful Green Mountains of Vermont.

The Odds of Winning are Tough.

There have been over 10,000 hunters that have entered this lottery for each of the past five years. Laura and her husband Scott Feathers have both been entered into the Vermont Moose Lottery for the past 15 years, but always without success. Until this year. Selected winners were allowed to have a second hunter in their party, and Laura naturally chose her husband Scott.

Laura, along with her husband Scott, was invited by host Chris Bates to appear on the Outdoor Secrets Unwrapped TV Show to discuss her exciting "Once in a Lifetime" hunting adventure, which was aired on Comcast Cable Channel 15 CAT-TV Vermont

The State of Vermont is known for its being environmentally conscious, its respect for all wildlife, while also respecting hunters as it strives to create a healthy balance between humans and nature.

The Vermont Fish & Wildlife Lottery is run annually, as part of a Management Program that began in the State of Vermont back in 1992. This program oversees that delicate balance between the Moose, their sustainable habitat, human interactions and the overall protection of the forest itself.